This crow was by itself in the lower branches of the tree, observing the ducks, geese and myself. It was  muttering under its breath, making all sorts of vocalizations as if talking to itself. Once in a while it cawed back and forth with its clan in nearby trees, even matching the number of caws, then there would be a lot of noise as they all excitedly called back and forth to each other.

I tried to capture this in these photos as I snapped happily away and it seemed quite obliging in the process.At one point when it was talking to itself, there was a scolding squirrel above it and the crow took this in stride but did did keep a series of mutterings going on with its head down and the eyelid semi-closed, perhaps protection from the debris that was coming from the squirrel. 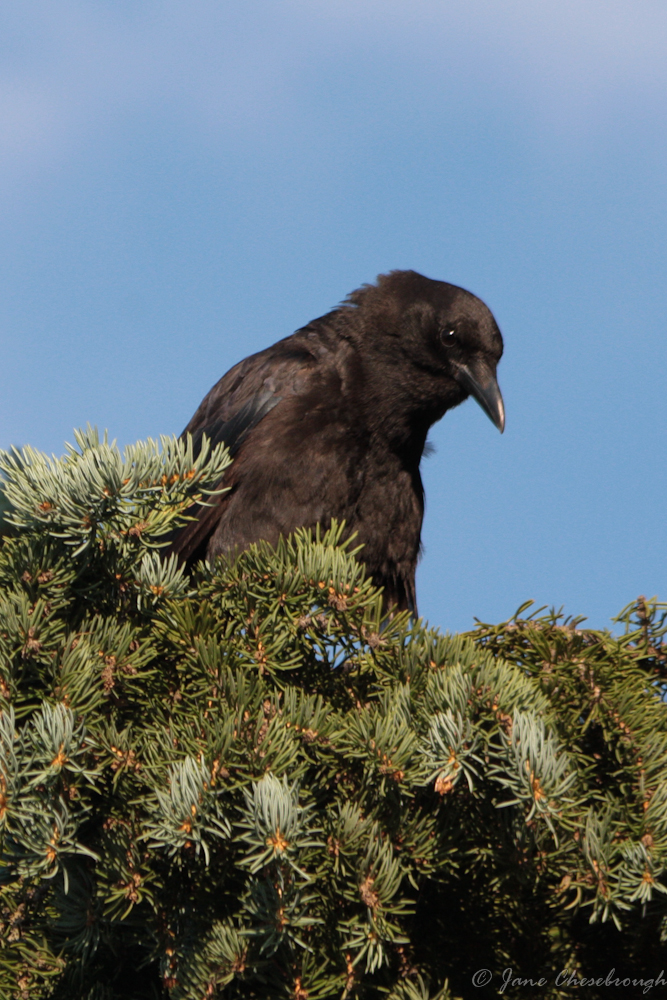 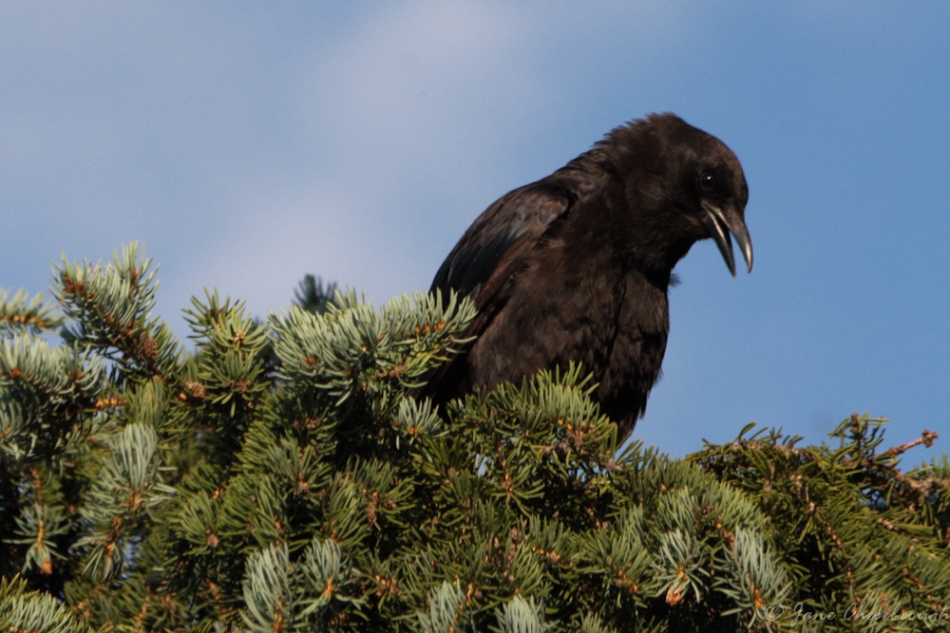 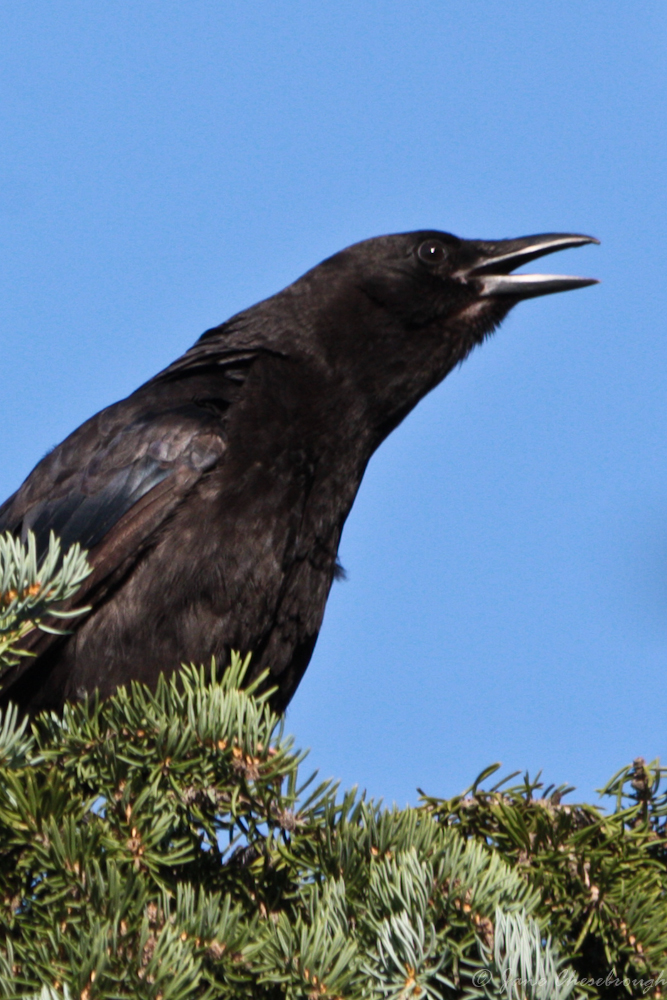 You would think that a red-winged blackbird is a fairly good size of bird. But when it is close to a Crow it is so much smaller. Size is relative. See for yourself. 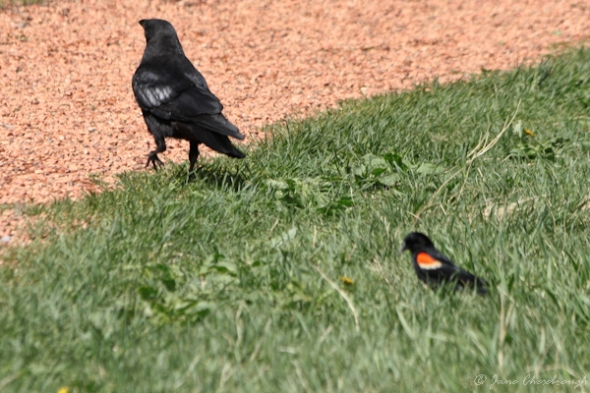 I came face to face with this black bird sitting on a fence when there was a slight drizzle which I think helped to accent the detail in its feathers.Shot at 1/60 second, f/9, ISO 800, 280mm (well, not QUITE face-to-face) 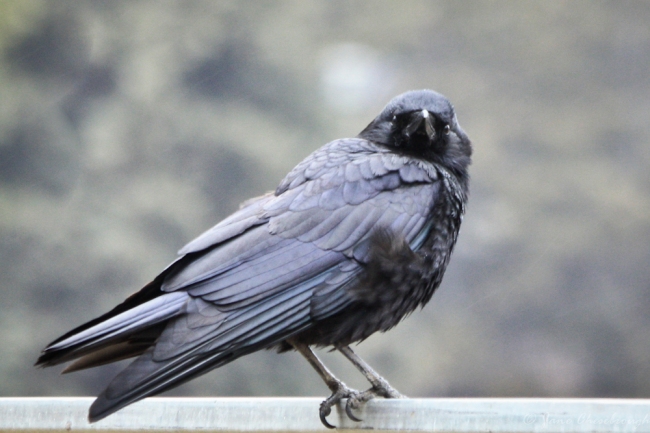 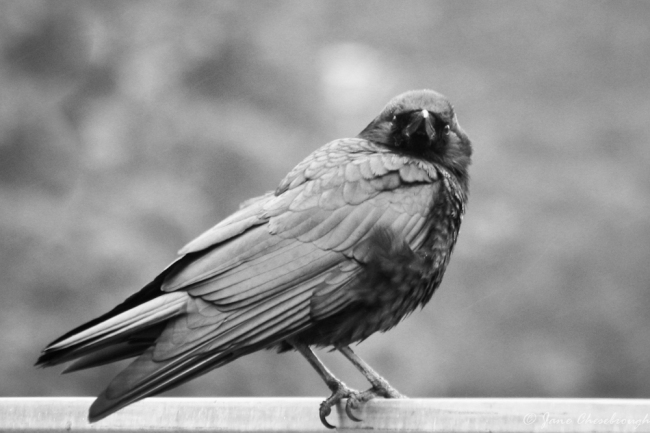 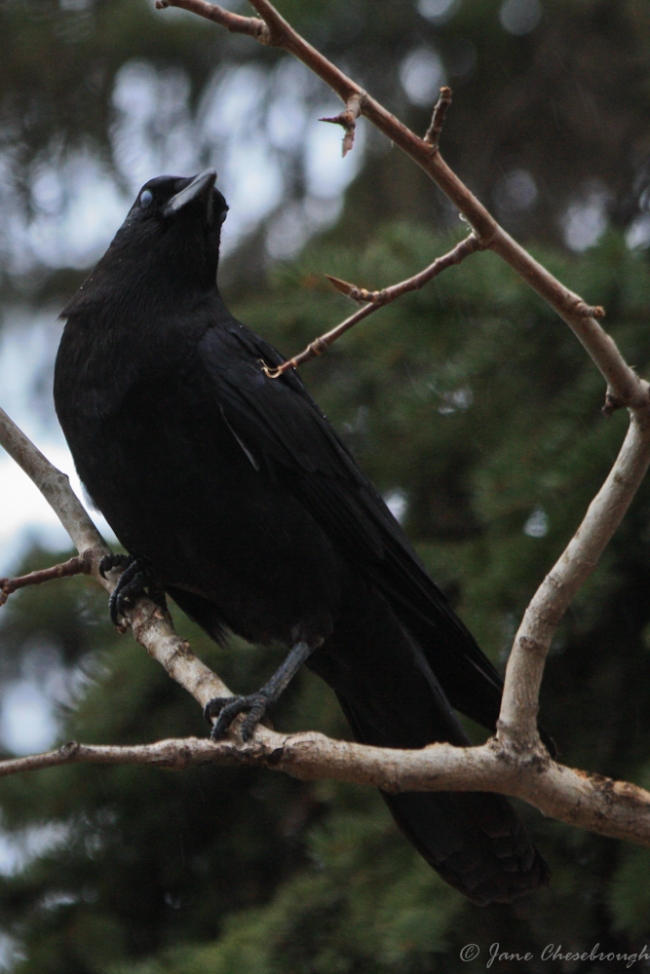