The Oohs and Ah-hhhs of Sunset

There was a bright shining red ball lowering in the sky as my friend and I raced for the beach at Astotin Lake. People were in the way so I used them as impromptu models because the sun was sinking fast and I didn’t want to miss it.Yes, their heads are merged with the background islands but I felt there was so little precious time. We stuck around after the sun set to see the more sublte colours in the surrounding sky.

I had a visit with a friend the other evening to welcome her to Edmonton and we both got something we will not forget. As we came up out of the river valley, the sun was setting and rain was drizzling. There was a glorious double rainbow in front of us , in fact we could see the end of the rainbow right in the bushes below us. That prompted a lot of comments from passers by about finding “the pot of gold.”

My friend couldn’t get the entire rainbow in the lens of her point-and-shoot and my camera was at home a couple of blocks away so I ran as best as I could knowing that I might miss it all.The light had changed as had the position of the rainbow that had mostly faded out I still got some images of wonderful colour and light.

It was a gathering of the clans. The mosquitoes were out in full force and the birds were very relaxed on the board walk, grouping together maybe to visit,but also to feed.It is hard to shoot swallows in flight although I give due credit to some, like Christopher Martin, who have captured excellent images of swallows catching insects at the surface of the water. I went the easier way, when they were sitting on the handrails. There are two kinds here, the barn swallow with its orange breast and the tree swallow with white. The following were shot in aperture priority mode at 1/320 to 1/500 sec. from f/7 to f/11, ISO 400.

Above is a family with young ones in the foreground, male then female. 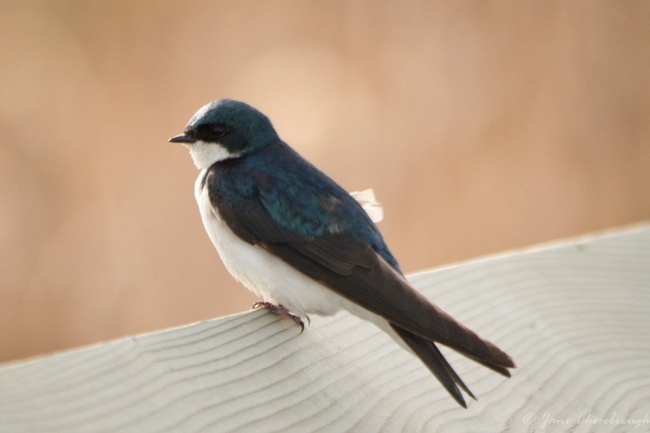 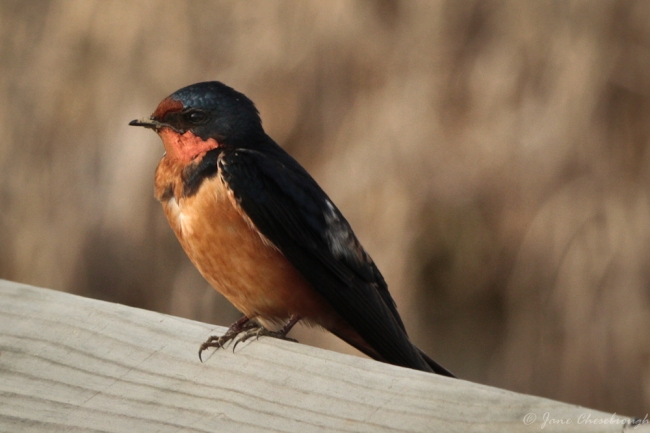 Gazebo in the Park

I have always liked this gazebo and have taken photos of it recently for this bog. However, I was disturbed by the bright light from lamp posts that merged with the structure or straight vertical lines of the street lights, so I took a closer look and walked around , trying different points of view. I like the early evening light and the cast of the shadows across  the fresh snow. This is one image that solves the problem of the lights and vertical lines without having to resort to cloning.  1/15 sec @f/6.3, ISO 1600 Wishing you all a Happy and prosperous new year in 2014. 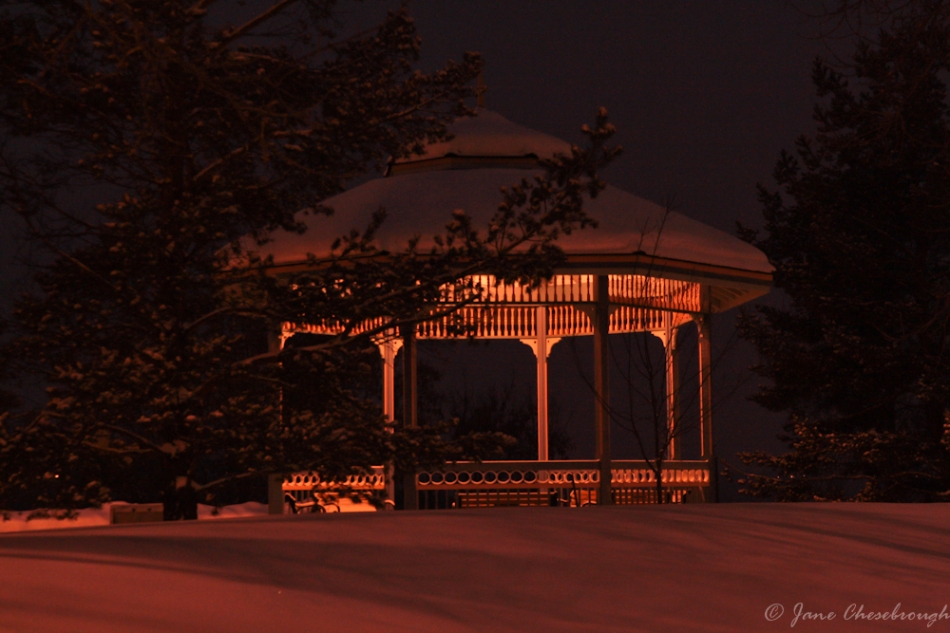 What was I thinking? I took off with my camera the other night to capture images of the evening clouds. They are so amazingly HUGE at this time of year.

The reason why I say “What was I thinking?” was because I took my zoom lens  rather than my wide angle lens. I could not get the whole cloud and building in the photo. That predicament became the basis of my photo walk: how to get a decent composition of such of huge sky with a zoom lens.

I dared not go home to get my other lens for fear of missing the opportunity so did the best I could with what I had, keeping in mind that I wanted to portray the magnificence of the clouds as the sun was setting.